PRESIDENT OF THE UNION OF SPANISH ASSOCIATIONS OF SUMILLERES.
PROMOTION OF MALT WHISKEY "EMBRUJO DE GRANADA" ON 31 MAY 2007.

nose:
Closer to perfection
Chamomile flowers nuts very characteristic of Glenlivet (one of the best malt in the world), along with nuts of Sherry wine, through the barrels used in aging.
The alcohol is perfectly integrated, obtaining an aroma of great fineness.
Color:
Amber. Brilliant.
Taste:
Long and rounded. Sweet, soft, creamy, lots of vanilla. Very nice and nice to drink.
aftertaste:
Wood and vanilla very well integrated.

When repeating the tasting by reducing water from 40º alcoholic whiskey to 20º, the described properties are maintained with high persistence in both nose and mouth and retronasal, which implies very high quality. Nobody would discern that it was made in Granada, rather than in the Highlands.

The only mistake I find is the name you've chosen, but as Granadino, I understand that it's a way to make home. 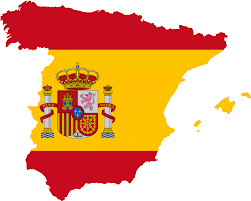 To enter this shop you must be 18 years or older.